mehr zu diesem Auftritt bei „I wish it was 1966 again“

Marion M. Schiffgen writes: „The other man in the Ebonys duo was called Ron, I don’t remember his last name. The other band members in the Ebony’s were Detlef Stumpe, drummer. The bass player was Gerd (everyone called him Käuzchen). Ray played lead guitar and vocals and Ron was the rhythm guitar player and sang vocals with Ray. This was after the Silver Strings. Ray and Ron did Everly Brothers tunes. The Everlys played all over Germany. The picture with Ray singing Ray Charles was not with the Silver Strings. It was after that time, but I am sorry but I do not remember which band Ray was with. It was still in the 1960’s and in Germany. Yes, my name is German. My mother was German and my father was American of Greek heritage. I was born in Germany (Nürnberg) and left there as a child. I lived in the US and on the Bermuda Isles before I was married to Ray. My mother remarried when I was young and my stepfather was in the US Air Force stationed in Ramstein AFB. That is where I met Ray….actually in Kaiserslautern at the Cafe Stadt Wien where he was playing with the Silver Strings. I had seen them in the movie theater. There was a segment on them in the „Wochenschau“. They looked interesting and so my friends and I went to the club to meet them while they were rehearsing one afternoon. I was a high school student at the Kaiserslautern American High School. Ray immigrated to the US in 1970 and began playing with musicians in California. He played with some very famous and well known Jazz and R&B musicians during the early 1970’s. In 1974 he began writing music and has been doing that ever since. He performs occasionally at a concert now and then.“ 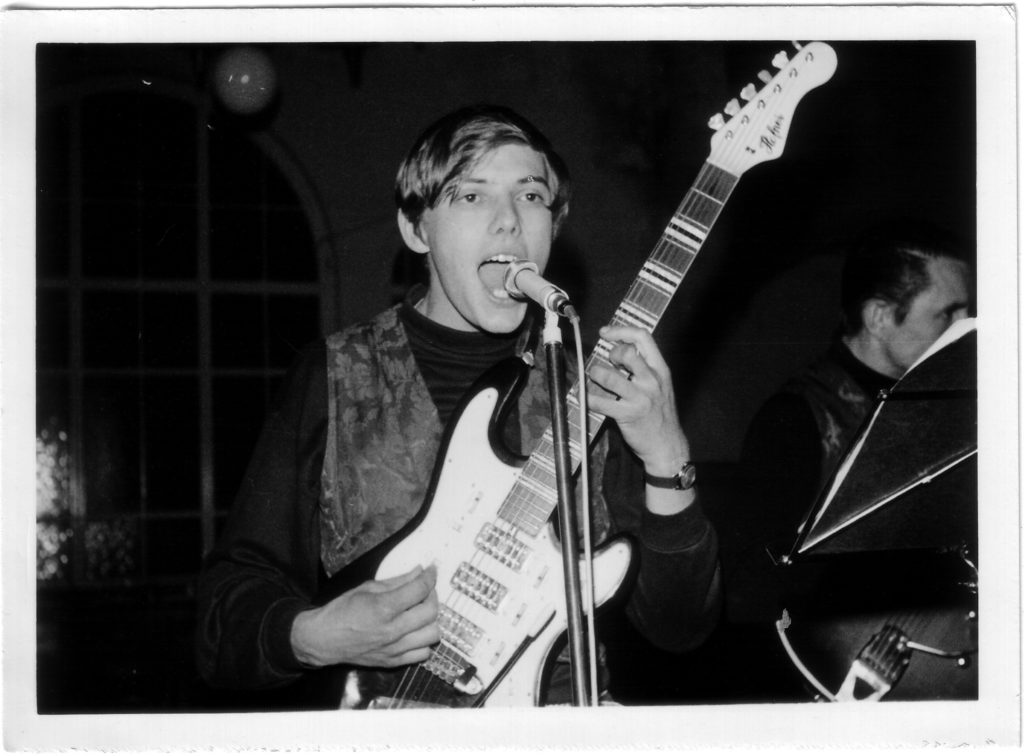